I'm planning on posting (along with commentary) some stuff in various places on  Discord  about character design process.

Im there and waiting to talk  - or post your questions here on itch.io. :P

Things seem to be going in the right direction! 🤖

- New scenes for the trailer and animations are being made

- Our team is slowly being joined by Ksawery, who will help us with the organization. Currently he is watching us from afar like an eagle to see what we are doing right and wrong. 🦅

-Krzysztof is out of the hospital! 🛸

Some of original concept art posted on discord: 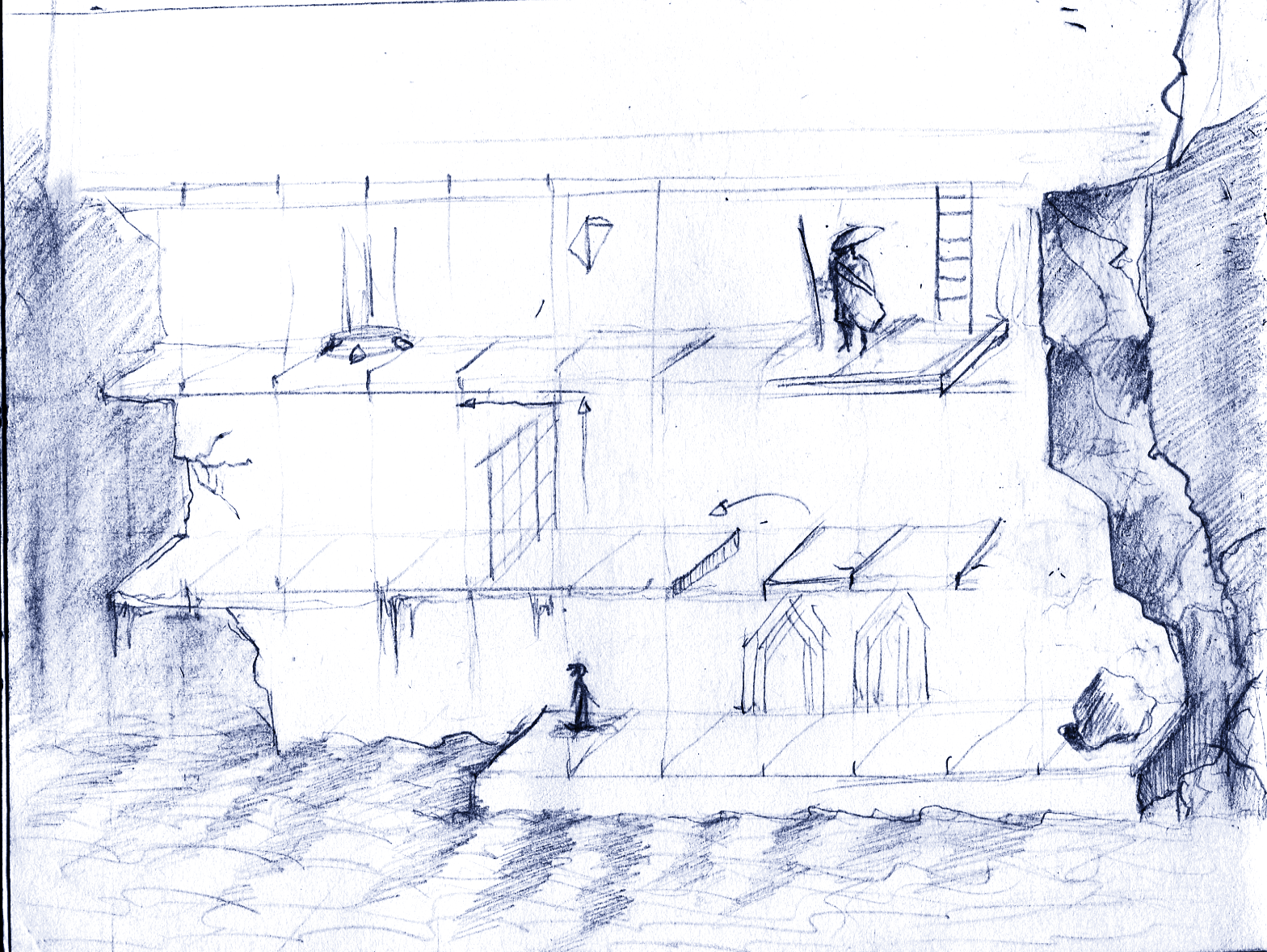 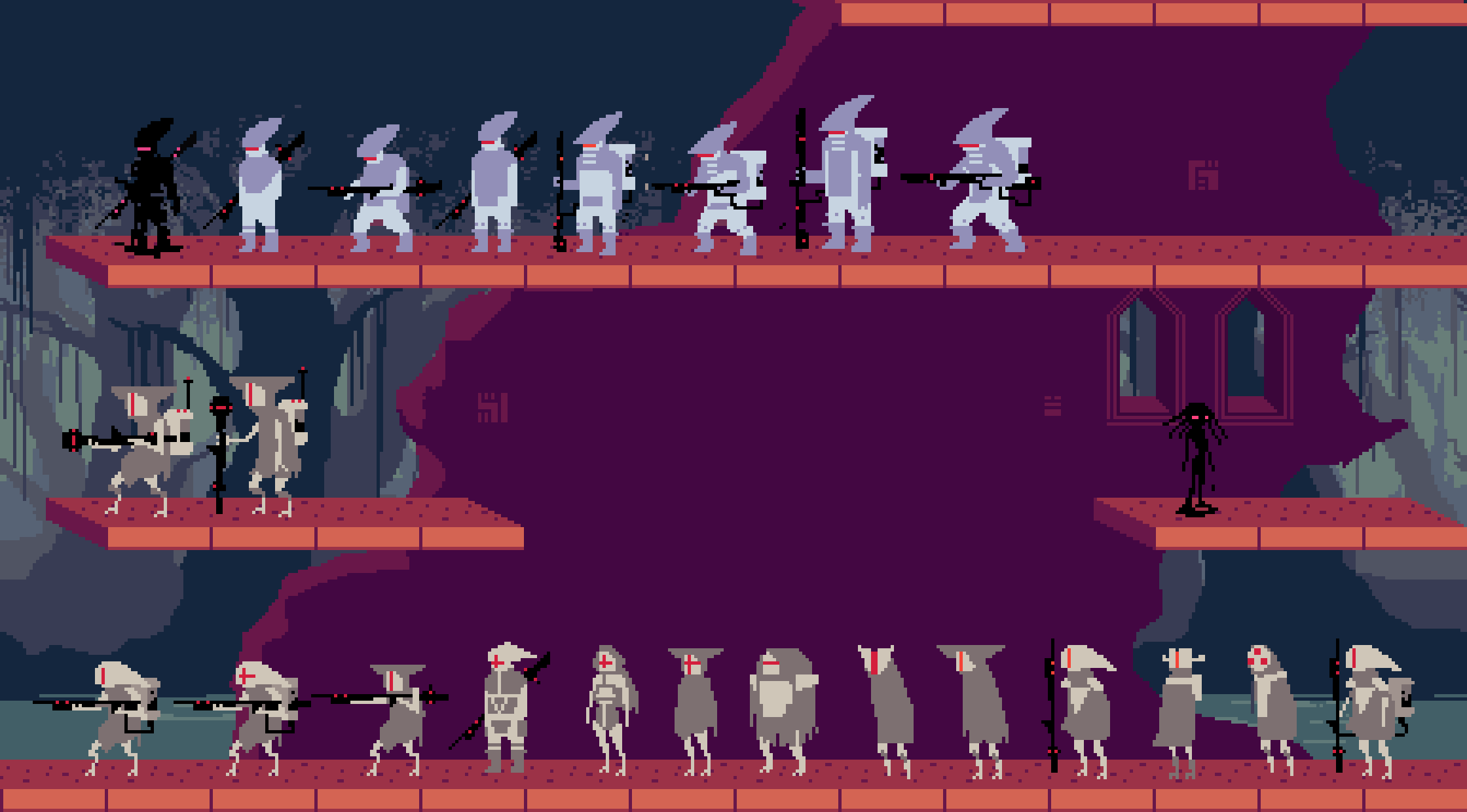 Feel free to contact us in any form or write comments.

I despise bathroom "humor", so I have to admit that last thing irks me. However, these things are supposed to be wrong-doers, so it makes sense one would be portrayed as doing something so disgusting.

As for the rest, I am impressed by the art and animation. The first scene in particular has caused some of my skin and nerves to awaken.

I for one have had it with games that start our character out famous and/or thought about as the important (Most Legend of Zelda games I've seen, and most games I've seen where we play as the title character), or wherein our character at least starts out unknown but is then handed fame on a silver platter faster than we deserve it (Skyrim, for example).

I would really like it if we could play a game where nobody knows who we are at first and it takes a long time to get someone's attention, *and* when we finally start to get it it's gradual, and takes much more effort yet to really get them to care much. I find myself hoping Black Resin could be such.

If so, that scene would be great to see after having destroyed three or four facilities. As for the scene itself, it's foreboding, powerful, and tells so much even while being open to expansion upon.

If you just have it fade to black after that drive is handed over, it's foreboding and leaves us in suspense while at the same time implying to us what it might be about- allowing the actual contents of the recording to be seen in another scene.

If on the other hand you choose to portray in the same scene the recordings of our actions, we as the audience will have the privilege of getting to see not only in-universe verification of our actions, but also to be present for the suited faction's first viewing and possible initial reaction to the sight of us. For a pacing perspective this latter option would also help the later response to us seem more gradual; assuming the same enemies show up in the same levels, let us see, confirmably, the enemies learning about us sooner will help make it seem more like the tougher enemies show up later and later, verifying the faction indeed as a highly bureaucratic one, where alarmed individuals are often ignored or written off by bureaucrats both corrupt and well-meaning alike, and where when action is finally decided to be taken it takes time for orders to go through, and more time to be executed- just like real civilization as we know it - and of the faction's collective mindset of being so cocksure as to not take a threat seriously at first when they learn of it. It certainly seems like the sort of fallacy they would default to, considering how arrogantly and cruelly they took over the tree we see early on and disregarded the lives of the trees' natives - a comparative (emphasis on comparative, as I'm s disregard we can watch them collectively apply to ourselves at first after learning of us, only to later on be convinced they should have thought about us more.

Take this clack-up as my curiosity, interest, and possibly excitement verified. There's a lot of opportunity for both show-don't-tell and imply-don't-show storytelling and worldbuildling here- specifically about how much it takes to be discovered by the enemy faction; how much it takes for the enemy faction to determine us to be a threat; and, how both individuals in a faction and the collective faction as a whole processes a new threat- and I am alive.

One more parting line. In case there's a temptation to have this floppy disk handoff scene be earlier in the game, like just after the first facility is destroyed, please consider what I have said, *PLUS* the fact that, with this game being a stealth game (at least as far as I've seen), having the enemy discover we're here too soon can jeopardize the sense of accomplishment, since even if we've eluded a few goons in a facility, our efforts would be for naught elsewhere. On the other hand, if the choice is made to save the scene for later on- like after three or four facilities have been destroyed, our efforts will feel like they matter not only in the gameplay but the story as well, verifying our work so far and empowering us- and giving the enemy faction a chance to be truly threatening, as whatever thugs we thought were tough up to that point, we will suddenly realize that the faction wasn't even trying yet.

While I have a brief moment of thinking I'm done, I'd better post. This tease has reawoken my curiosity and enthusiasm for not only Black Resin, but possibly the prospect of playing a computer game in general. Great work here! I can hardly wait to see more of what lies under the hood!

See you next update!

As always, thanks for your watchful and interesting feedback Ryan. No worries, I have these things thought out. The cinematics are for the trailer and in the future used in the game. It's good that you write, I have some confirmation of my own thoughts through this.